Building Utopia– Great song to start off the EP. It hits on some of the current events and trouble with our society. The beat is smooth hip hop type. The type of song that will make you want more.

Refined Silver– The first verse was nice and smooth. Once I got to the chorus I was hit with a lot going on. Maybe add less ad libs and background talk but the second time around it sounded a little better. Lyrically the song has meaning behind it.

It’s On Me– He goes right in and comes out swinging. The beat reminds me of a NAS song. “so what’s it gon be, either we gon starve for life or we gon eat?” I love this quote and it basically sums up what this song touches base upon. We get to see a look into J. Nolan’s life.

The Feel Good– This song is perfect for the summer days when you’re just riding around the neighbor and need something different to listen to. It has a smooth beat. It’s as it would seem a feel good song. They just want to make us feel good.

Intertwined– The intro skit is awesome!! I love the modern day references, I couldn’t help but giggle. This song he talks to a girl he meets at the local gym. He is trying to get to know her. He would like for them to be intertwined and more than just friends.

Deluxe Edition– Not sure what to say about this one. Listened to it a couple times and not much stood out good or bad. I do like the chorus “rollin thru the city, eyes on the prize, mind is a muscle”. The song isn’t bad but it’s not one that sticks out to me.

Real Fellas– Too much talking and shout outs isn’t that what credits are for? Can we stick to the music? It is very catchy song however. I get that Puffy vibe with the theme of the song overall.

Stand Alone– Lots of current references. I love the criminal minds comparison just because I love that show. Overall, a nice way to end the tape, short and simple. 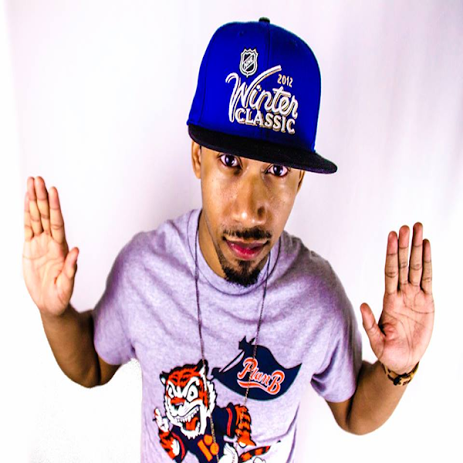 Background Information about J.Nolan & Reese Jones
J.Nolan is a 25 year-old Hip-Hop artist born in New Haven, CT and raised primarily in the south side of Atlanta, GA. He’s earned his reputation as a passionate lyricist with great command of the English language and intense wordplay. These qualities have led to comparisons to artists such as Talib Kweli, Lupe Fiasco, and Nas. Since 2010, Nolan has released 4 official projects and has had the opportunity to perform among greats in the industry consisting of Grammy-nominated Anthony David, international soul singer Rahsaan Patterson, and Bushwick Bill of the legendary Geto Boys. His music has also been well received by 9th Wonder, Don Cannon, and Heather B (of Shade45’s Sway in The Morning).

Reese Jones is a rising producer from Virginia Beach, VA influenced by many great producers that represent his home state such as Pharrell Williams, Teddy Riley, Timbaland, and B!nk (he helped create the sound of Jay Z’s Dynasty & Blueprint albums) among others. Reese is known for his manipulation of unique samples and original sounds. He’s produced for Carmine, Mannie Fresh, Jimmy Astro, and ev4n holt.