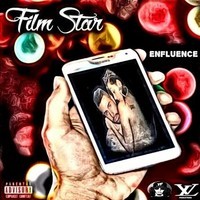 Enfluence is a south florida native who brings a very seductive voice to the scene. I did actually get the chance to interview him but that interview has yet to be released as of yet. Enfluence is known for his sultry voice and his club bangers. Earlier this month he popped back on the scene and released this track titled “Film Star”. Is it possible we may have another club banger on our hands?? Why don’t you listen and tell us.

Sooo MY opinion of the song in one sentence is: Good beat, love the theme, but why do I hear auto tune??

The auto tune kills this song for me and not in a good way. Personally, I know Enfluence doesn’t need the added effects to his voice and am not quite sure why it’s there. t love the lyrics and this song could potentially be another club banger.  You get to share an intimate moment with the artist. I can just imagine being in a hotel drunk as fuck and going all out for that little camera phone. I can only imagine what guys think when they hear this song. You probably imagine a very freaky girl doing stunts for you while you catch it all on tape to watch later. For some reason, I imagine a strip pole, hmmmm….

What’s your opinion of the song? Will you do it for the camera phone?? Leave some feedback.