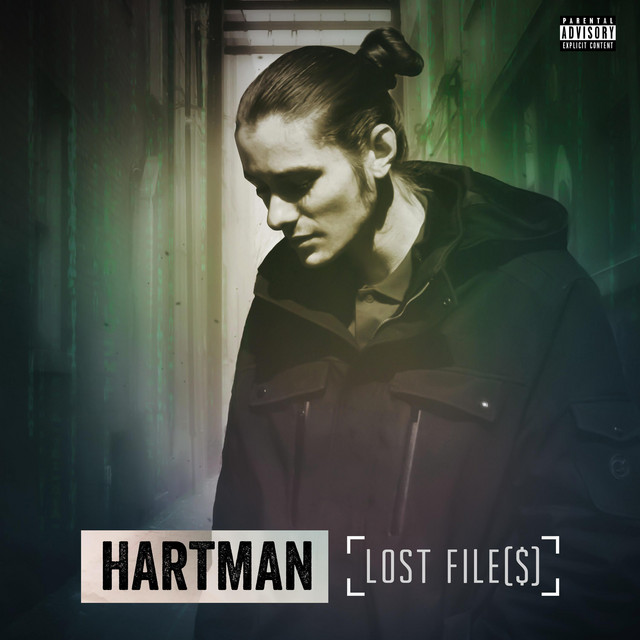 Hartman is a hip hop artist based out of Kingston, On, Canada. He spends his time honing his craft in the studio and at open mics throughout Toronto. Although this is his latest project he has been on the scene for a number of years. His lyricism is insane and every word is part of a bigger message. I’m excited to see what else Hartman has in store for us. This is only the beginning for him.

My Thoughts on the Project:

When I first started playing the project, I was apprehensive to feature it because it didn’t capture me at first. However, I came back to it a few days later after as I usually do with all submissions and this time it caught me. My family was caught up on the first listen and even compared him to Eminem. So here’s the breakdown of the tape:

Lost File[$]- We start things off smooth. The beat is a Lo-Fi style, and Hartman’s delivery compliments the beat, not distracts.

Pick a Side- This song reminds me of driving around the city trying to make a statement. Hartman is definitely making a statement with his lyrics on this one. What is he saying to you?

Pools of Sand- This isn’t my favorite track due to the delivery. The lyrics were great but some moments were offbeat. The chorus was on point and again so is the message.

Swim- This is one of those throwback songs, reminiscing on the simpler days. Looking back on how far you’ve come and if you should keep going. Are any of us doing this entertainment thing right?

Fall for Fun- This is the shortest song off the album and it’s a fun, feel-good track. It’s a carefree track which I love.

Miss Me- This song talks about how people have the tendency to only pay attention to you when you have success and not when you’re trying to build that success. Then they want to pop up like “I miss you.” I really rock with this song and it may even be my favorite off the tape.

The Ways- This song is very lyrical on a dark beat. The juxtaposition is interesting and unique, to say the least. He’s just trying to figure out the ways to live this life. Which, aren’t we all?

Carpe Diem- This is a great song, I love all of the references and political statements that are made. It looks like the U.S. isn’t the only fucked up country in the world. Essentially, fuck the system. The samples add a special touch to the track.

Gone with the Wind- The story in this song we can all relate to, we think we have time and poof it’s gone with the wind. Then we look back and wonder where the time went. Hartman has a few humblebrags in the song and acknowledges the fact that he is a voice for the voiceless through his art.

Small Town Big Dreams- This song talks about Hartman’s story and hustle with his rap career. We all make excuses for not having enough time but he refuses to let that get in the way. Keep working towards your dreams, we all go through things but never give up on those dreams. Like Hartman says, “life is a maze.”

What Do We Know?- This song is a bit trippy but it has a great underlying story. Let me know what you got from it.

Faces- You can tell Hartman has a lot to say and he tries to say it on this track. I’ll let you jam to this one without giving too much away because the track is just one that you have to hear for yourself. It is a great way to end the album.

If you want to listen to the tape and find Hartman and his Lost File[$] check out the following links. Link for tape – https://ampl.ink/71yNX

Hartman is a rising underground hip hop artist and he knows how to do his research and get noticed by the best hip hop blogs. There will be nothing but great things in his future especially in the way he approaches media personalities. Getting exposure from a music reviews site is one stepping stone and it has been great working with Hartman. If you are looking to have your new hip hop music release featured head over to the contact the Starz page and send in a submission.