There are many different categories of artist in the world, this week I got the chance to interview DJ LSL. From a youth he had an interest in spinning which has a lot to do with the fact that his father and uncle were deejays. Also his grandfather had a massive record collection. DJ LSL would spend all his free time at his uncle’s house learning the ins and outs of the tables. He eventually started doing private events and deejaying more frequently. However, after a certain private event he shied away from the turntables because it was such a horrific experience. He then turned his focus to school and the company he was working for at the time. A couple of years went by and with the motivation of his friends he got back into the game and did a few private events.

He is inspired by several different deejays out there including DJ Nikko Calor, and Dj Flo. He is also inspired by deejays such DJ Def, DJ Zog and DJ Tiesto. DJ LSL is an open format Deejay but has his preferred genres to spin such as house, Latin, and hip-hop. DJ LSL was formerly a part of Team Kryptonite and still has those connections but has been with Full Pound Records since their start back in early 2012. 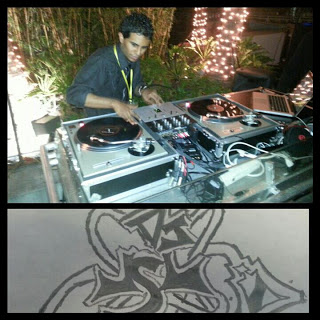 DJ LSL is now looking for a residency so all his fans have a place to go to hear him spin in person and he is also working on mash-ups and different mixes. He also has a mix tape that he is working that should be released soon, so be on the lookout for that. His advice to deejays out there is to always stay humble and make sure you have the passion for deejaying. In the future DJ LSL would love to do radio but has no set plans because you never know what can happen in this industry. He just released his latest mix for April.